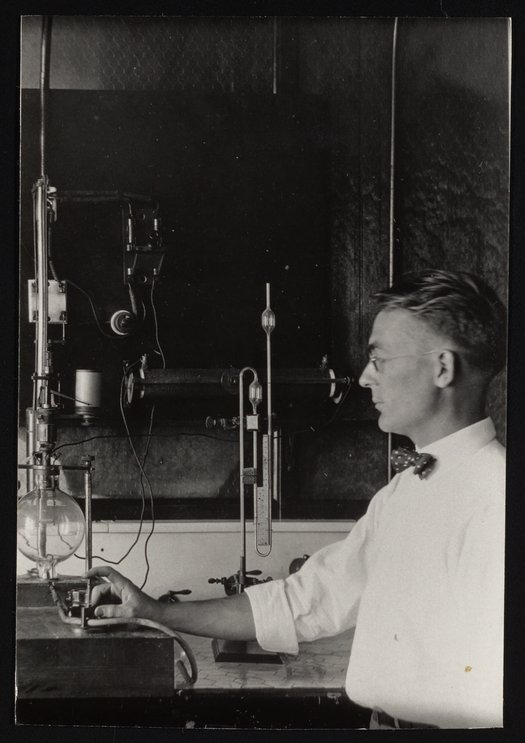 General view of an employee utilizing an apparatus in the Bureau of Chemistry's Dust Laboratory. Part of the U.S. Department of Agriculture's Office of Development Work, the Dust Laboratory conducted research into the inflammability of dust in order to prevent explosions of carbonaceous dusts that arose during the handling of agricultural products.