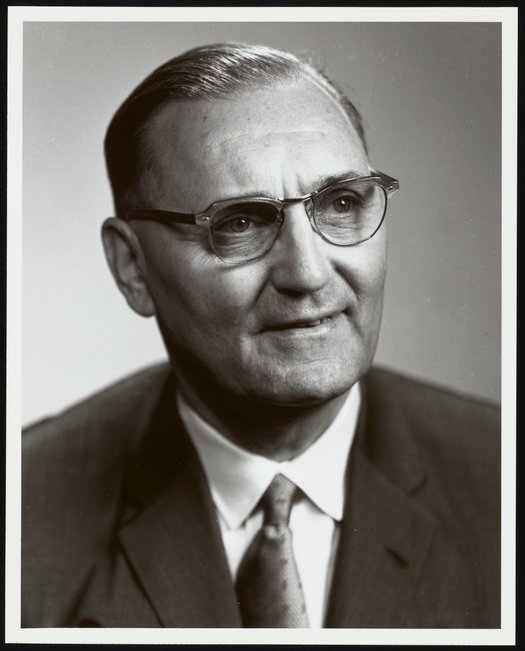 Portrait of German-American physicist John J. (John Josef) Grebe (1900-1984), best known for his contributions to the plastics industry, including the development of polystyrene, Styrofoam, and Saran plastics.

After emigrating to the United States at age 14, John J. Grebe earned his B.S. in Physics from the Case School of Applied Science (now Case Western Reserve University) and subsequently joined the Dow Chemical Company in 1921. Grebe was the founder and long-time director of the Dow Physical Research Laboratory in Midland, Michigan, where he oversaw a significant period in the research and development of such products as Styron polystyrene resins, Styrofoam brand extruded polystyrene, and Dowtherm heat transfer fluids. Grebe also served as Chief Scientist to the U.S. Army Chemical Corps at Edgewood Arsenal from 1948 to 1949 and was inducted into the Plastics Hall of Fame in 1990.