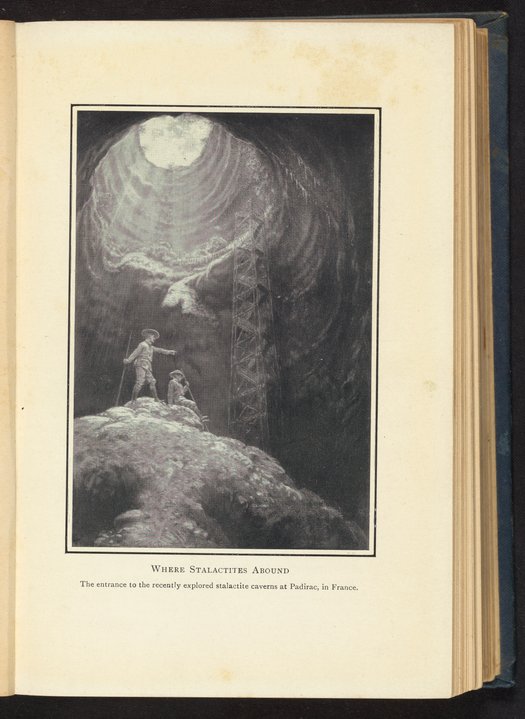 Entitled "Where Stalactites Abound," illustration depicts two men exploring inside the stalactite caverns in Padirac, France. Rays of light emit from the opening at the top of the cavern. A stairwell descends into the depths of the cavern.

Inside the stalactite caverns in Padirac, France