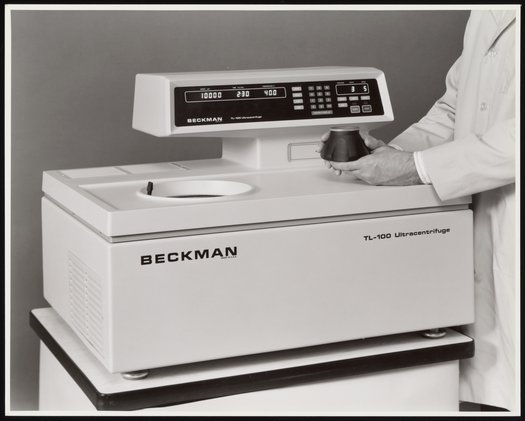 Beckman Instruments began producing centrifuges after their January 1, 1955 acquisition of industry leader, Specialized Instruments Corporation, or Spinco. With Spinco came the famous Model E Ultracentrifuge, which was developed in 1947 and was used for many important scientific discoveries of the 20th century, like the 1957 CalTech experiment that proved James Watson and Francis Crick’s theory on DNA replication. Centrifuges continue to be produced under the Beckman name as of 2016. TL-100 models debuted in 1984. 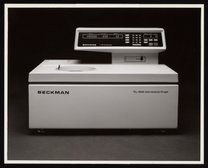