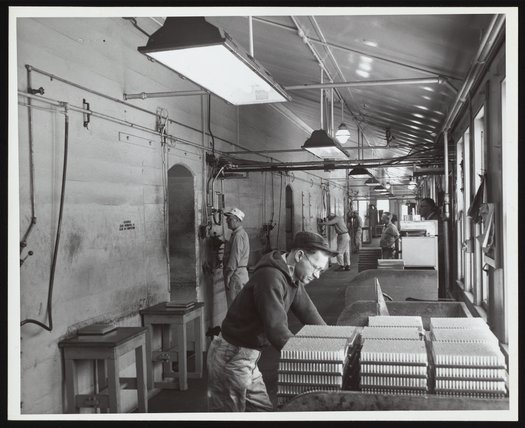 General view of several employees at work on the automatic loading line for the production of detonators and initiators at the Hercules Powder Company plant in Port Ewen, New York. On the left-hand side of the photograph, employees situated in front of a concrete barricade are seen using levers to operate press machines, concealed behind the barricade, to fill shells with an explosive charge.