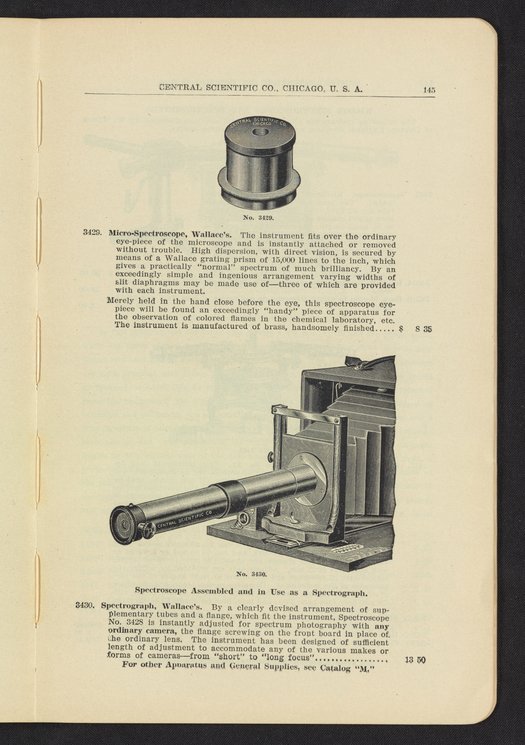 Catalog entry for two spectroscopes. Spectroscopes use a lens or prism to disperse light into wavelengths. The spectroscopes shown can be handheld (top image) or attached to a camera (bottom image) to record the observation.