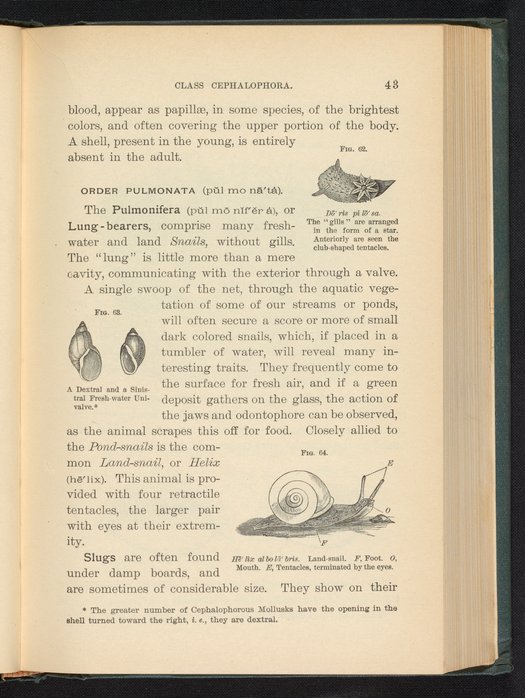 Figures 62, 63, and 64 of the 1887 volume Popular Zoology. Figure 62 depicts a dorid nudibranch, a type of shell-less marine gastropod mollusk, with view of gills arranged in the shape of a star. Figure 63 depicts dextral and sinistral fresh-water univalves. Figure 64 depicts a land-snail, with view of foot, mouth, and tentacles.