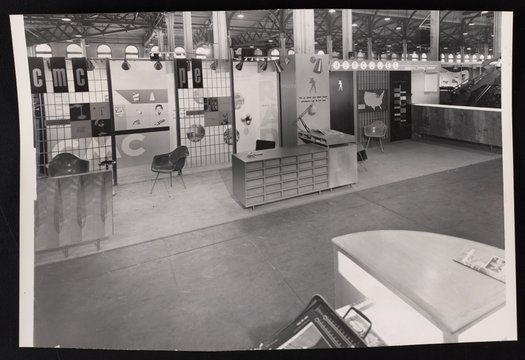 General view of a portion of the Hercules Powder Company display exhibited at a 1954 trade show held at Chalfonte-Haddon Hall in Atlantic City, New Jersey.