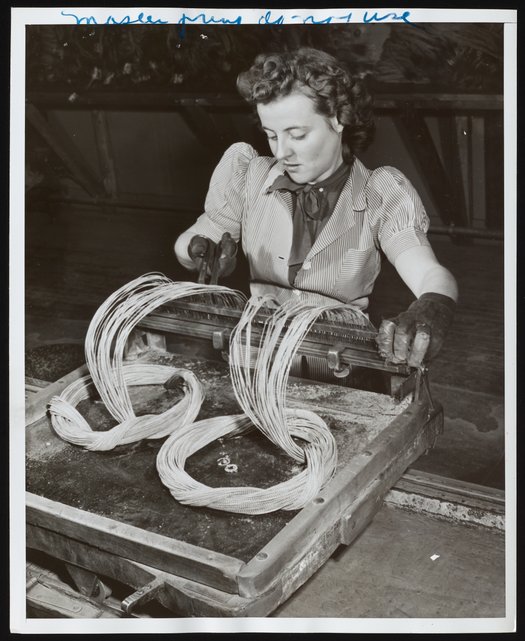 General view of an unidentified female employee trimming bridge wires used in the electric blasting caps manufactured at the Hercules Powder Company plant in Port Ewen, New York. Formed in 1912 as part of an anti-trust settlement with DuPont, the Hercules Powder Company (later Hercules Inc.) specialized in the manufacture of explosives and smokeless powders. The company's Port Ewen plant produced a range of special detonators designed for military use, as well as construction jobs that required blasts of dynamite, such as the clearing of quarries, mines, and tunnels.