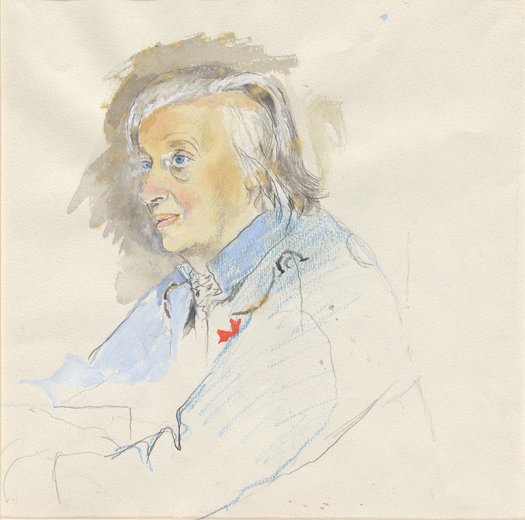 Study for a never-finished portrait of Dorothy Crowfoot Hodgkin OM FRS (1910-1994), by English artist Graham Sutherland. Hodgkin was an English biochemist who won the Nobel Prize in Chemistry in 1964 for her work in X-ray crystallography, becoming the first British woman to receive the award. Sutherland completed at least two studies (the other is in the collection of the Royal Society) in preparation for Hodgkin's portrait, but he died before the final version could be completed.