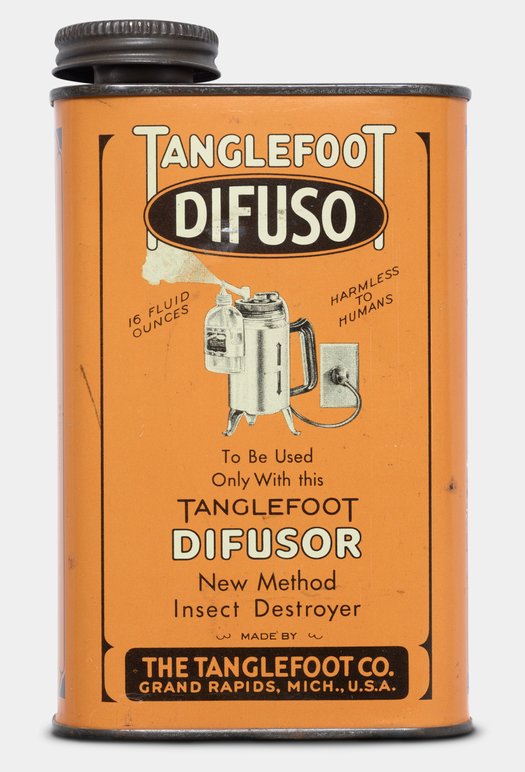 The Tanglefoot Company first introduced the Difusor insecticide sprayer and Difuso insecticide in 1932. Difuso was a pyrethrum-based insecticide. At the time, the Difusor was considered a revolutionary new method of insect control because it used electrically generated steam vaporization to expel the insecticide. The insecticide and steam were intermixed in the nozzle to emerge as an extremely fine vapor floated in the air and filled the cracks and crevices of the room with insecticide. The theory of the device was very simple, using the age old perfume atomizing principle. It was invented to replace flypaper, the flyswatter and the hand sprayer.

This metal can of Difuso insecticide was to be used only with the Difusor insecticide sprayer. 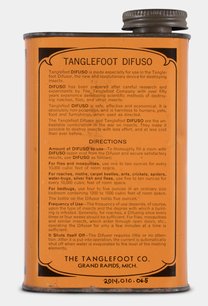