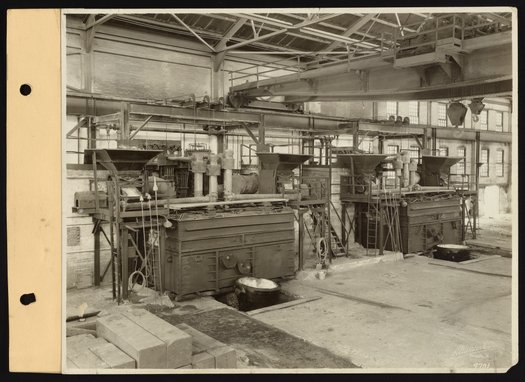 General view of a furnace used to smelt ore at the American Vanadium Company (later the Vanadium Corporation of America) plant facilities in Bridgeville, Pennsylvania. The Bridgeville chemical and metallurgical plant was used to smelt crude ore mined at the Company's deposit in Mina Ragra, Peru to produce ferro-vanadium.