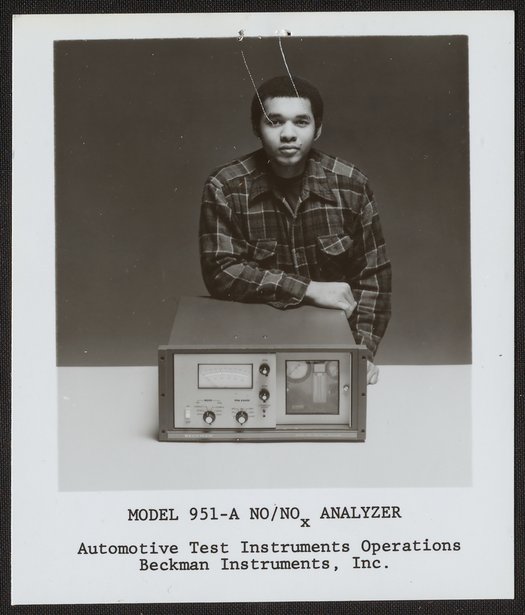 This instrument was used for a wide range of applications, including measuring nitrogen oxides in the atmosphere and in automobile emissions.