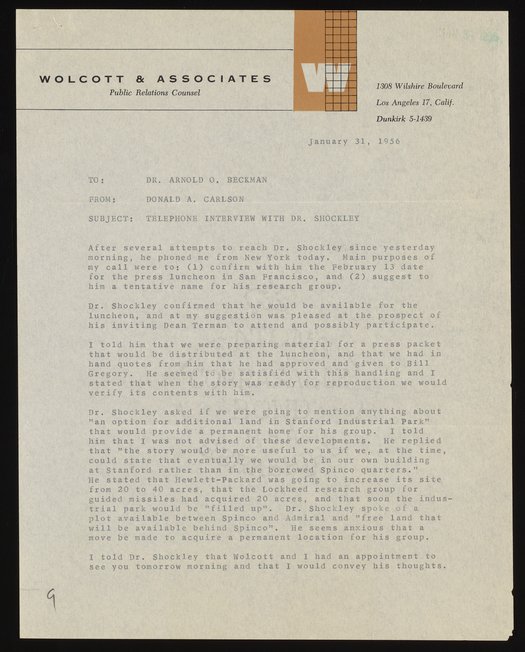 In 1955, Arnold O. Beckman and William Shockley entered business together when they established Shockley Semiconductor Laboratories as a subsidiary of Beckman Instruments, Inc. with the goal of mass producing semiconductors. The team of scientists that Shockley assembled, however, soon grew dissatisfied that with Shockley’s management and his direction of their work towards transistor diodes and away from semiconductors. In 1957, many of them left to form Fairchild Semiconductor, which did achieve the goal of mass-producing silicon semiconductor devices and marked the beginning of Silicon Valley. Shockley did produce a new, four-layer diode, although Beckman ultimately sold the renamed Shockley Transistor Company to Clevite Transistor Company in 1960. 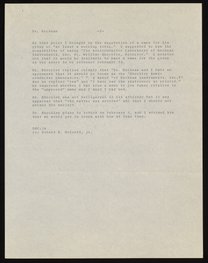 Letter from Donald A. Carlson to Arnold O. Beckman