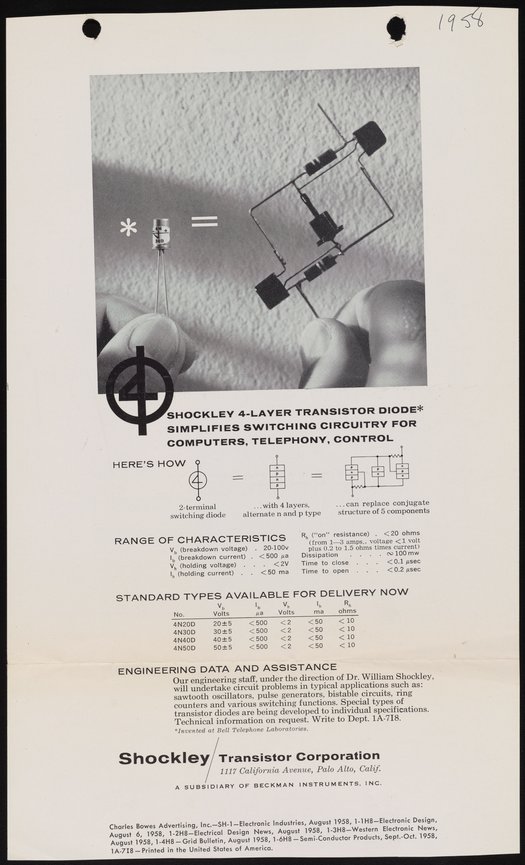 Advertisement for the Shockley 4-layer diode with diagrams.