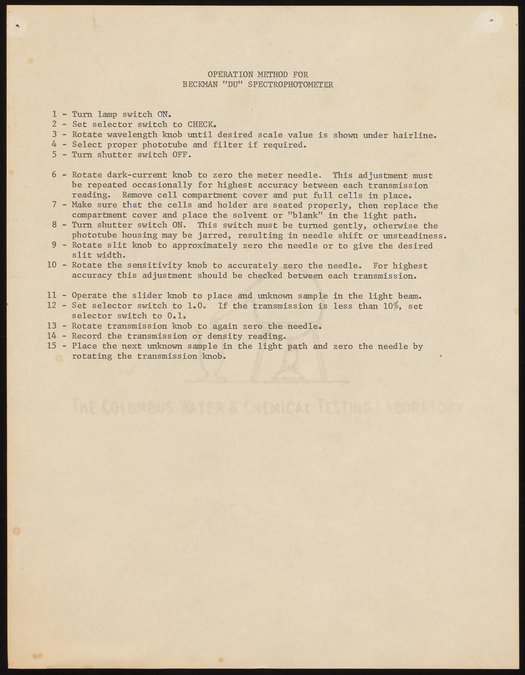 The watermark on the paper indicates that these directions may have been written by the Columbus Water and Chemical Testing Laboratory.