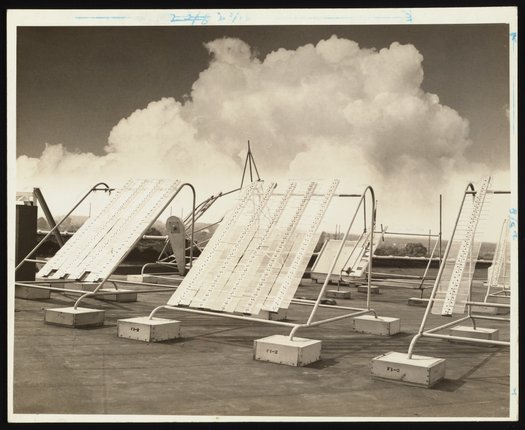 General view of several rows of Plexiglas panels positioned on racks. Per notations accompanying the photograph, the panels are set up for an outdoor exposure test designed to demonstrate the weathering capabilities of Plexiglas.