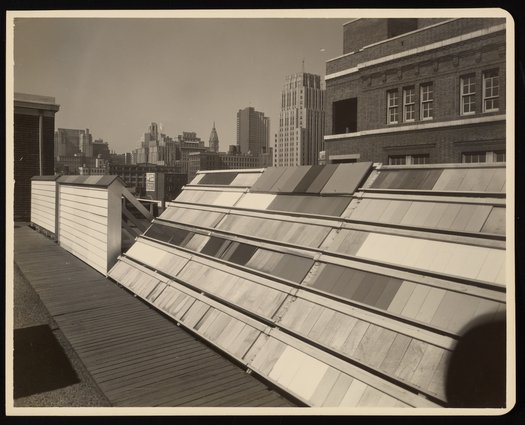 Two views of exposure racks designed to test the weathering capabilities of varnishes and other products manufactured by the Rohm and Haas Company. The racks are positioned on the roof of the company's home office building located at West Washington Square in Philadelphia. 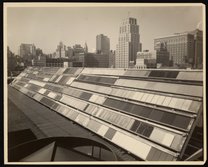