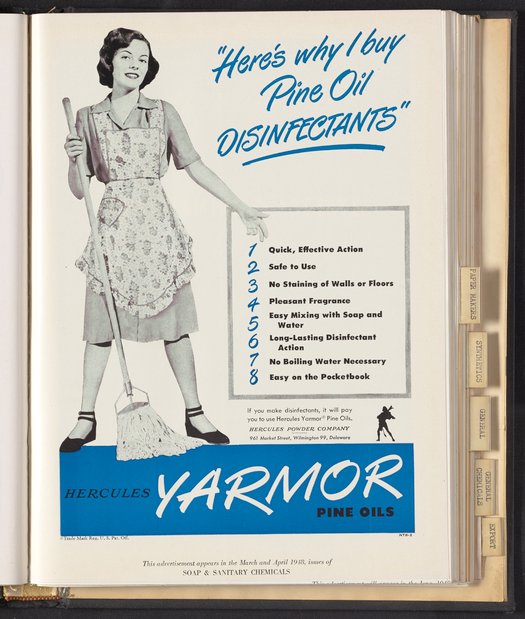 Advertisement for Yarmor Pine Oils manufactured and sold by the Hercules Powder Company for use in disinfectants. The advertisement features an image of a housewife holding a mop and details eight reasons for using pine oil disinfectants, including low cost, pleasant fragrance, and quick, effective action. This advertisement appeared in the March and April 1948 issues of Soap & Sanitary Chemicals.