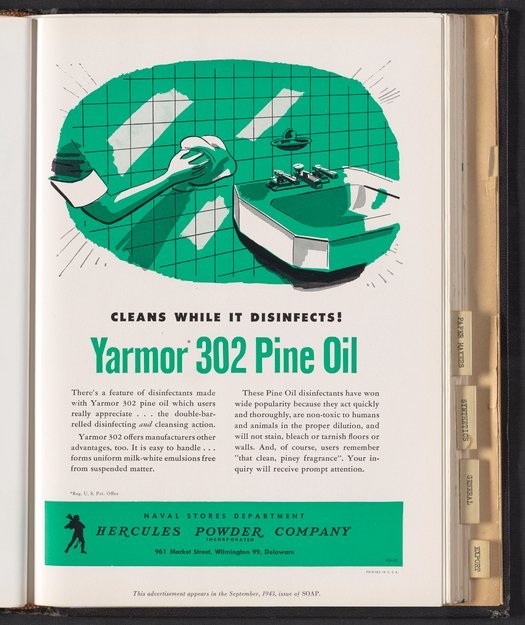 Advertisement for Yarmor 302 Pine Oil manufactured and sold by the Hercules Powder Company for use in disinfectants. This advertisement appeared in the September 1943 issue of Soap.

Cleans While It Disinfects!