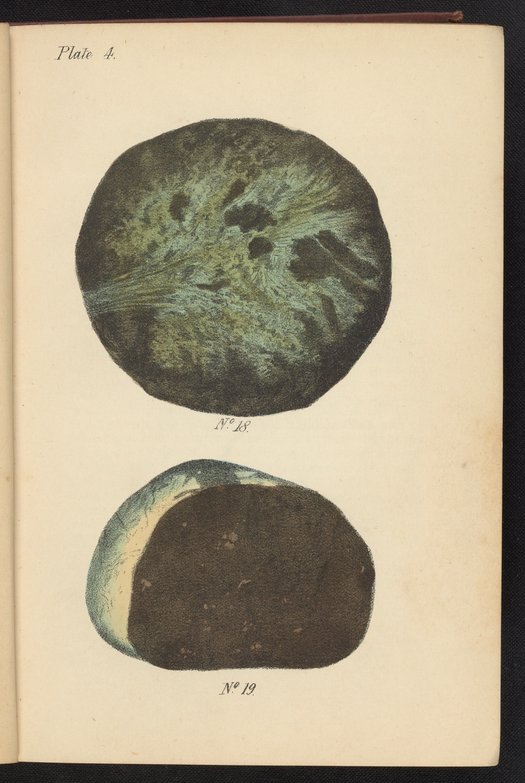 Printed illustration in color of two opium masses. Opium is made from the juice from the capsules of Papaver somniferum which is then hardened by evaporation. The top illustration, no. 18, is of Egyptian Opium which was made into circular, flat cakes and covered with a leaf believed to be of the oriental plane tree. The lower illustration, no. 19, is of the Persian or Trebizond Opium which was made into sticks wrapped in paper.