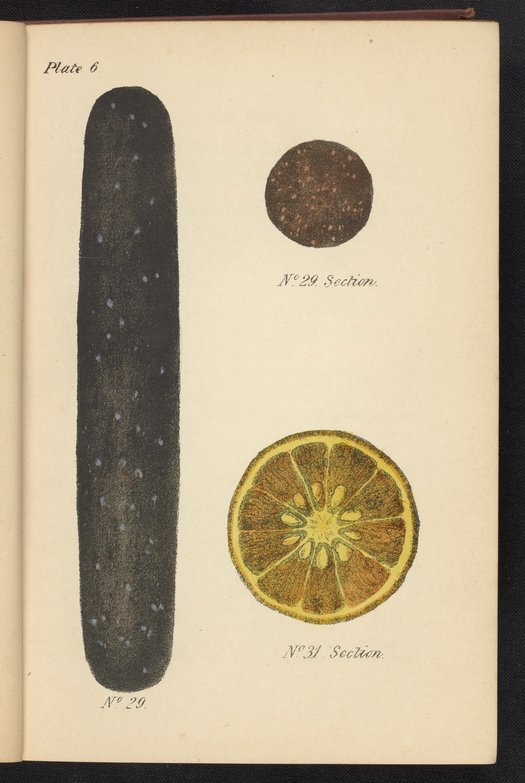 Illustration printed in color. Item no. 29. is guarana, which is made from the seeds of the paullinia sorbilis ground, made into a paste then molded into a cylindrical mass and dried. Guarana is known for its high caffeine content. Item no. 31. is Aurantii Amari Cortex or bitter orange peel. The oil from the peel possess hesperiden. Also includes an illustration of an orange, both in whole form and a cross-section.