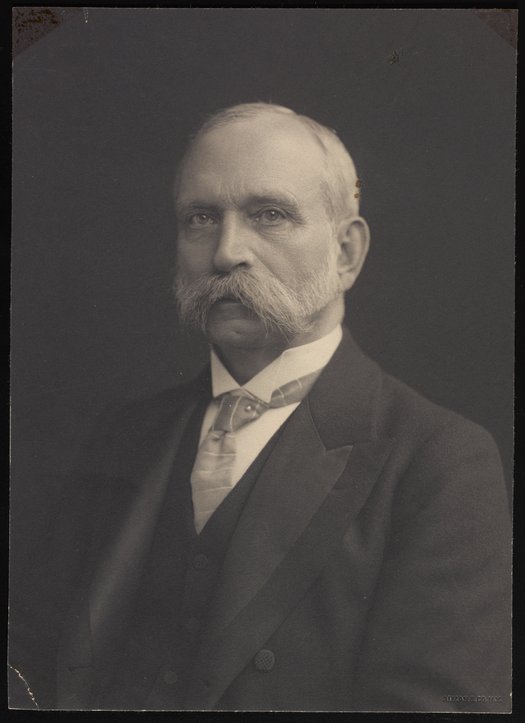 Charles Frederick Chandler was born on December 6, 1836 in Lancaster, Massachusetts and attended nearby New Bedford Middle School, where he first was introduced to chemistry. Chandler later attended the Lawrence Scientific School of Harvard College (1853) and in 1854 traveled to Europe to enhance his education. In 1856, Chandler received his PhD from the University of Gottingen in Germany. After returning to the United States, Chandler served as chair of Columbia University's chemistry department (1866-1903), as well as president of the New York Metropolitan Board of Health (1873-1883). Under Chandler's leadership, the Board of Health worked to improve safety standards for milk and water, as well as regulate gas companies, slaughterhouses, and rendering operations. Over the course of his career, Chandler also promoted compulsory smallpox vaccinations for small children and invented the flushing water closet. Charles Frederick Chandler died on August 25, 1925, due to complications with an illness.