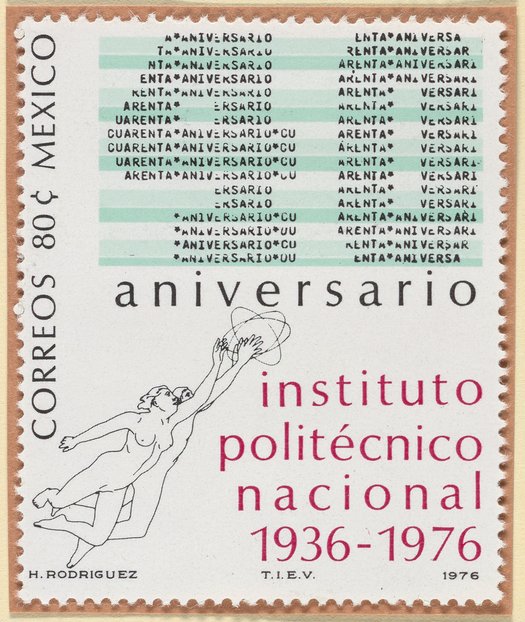 Mexican postage stamp issued to commemorate the 40th anniversary of the founding of the Instituto Politécnico Nacional de México (the National Polytechnic Institute of Mexico) on January 1, 1936. Established during the administration of Mexican president Lázaro Cárdenas del Río (1895-1970), the Instituto Politécnico Nacional was designed to provide professional education to the most disadvantaged social classes of that period and subsequently grew to become one of the largest public universities in Mexico. The stamp features an illustration of a man and woman reaching towards a symbolic representation of an atom.