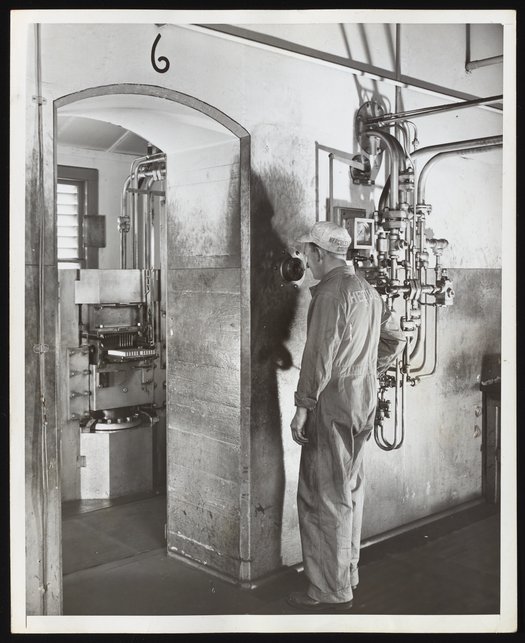 General view of employee Jim Kennedy operating a press machine used to fill electric blasting caps with an explosive charge at the Hercules Powder Company plant in Port Ewen, New York. The operation was remote-controlled and, per notations accompanying the photograph, the machine typically operated behind a concrete barricade, which is open here for the purposes of the photograph.