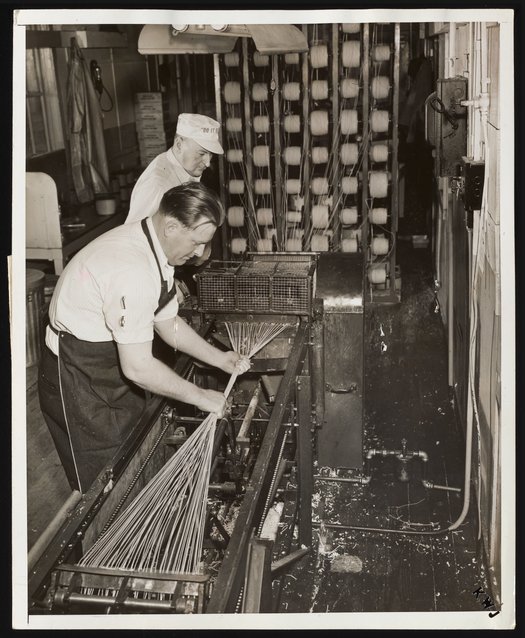 General view of employees Harold Struber (left) and Raymond Leahy operating a wire-cutting and stripping machine at the Hercules Powder Company plant in Port Ewen, New York. During the production of electric blasting caps, copper, enamel, and iron wire was insulated with cotton yarn and, as visible into the photograph, wound onto spools before being cut to size.