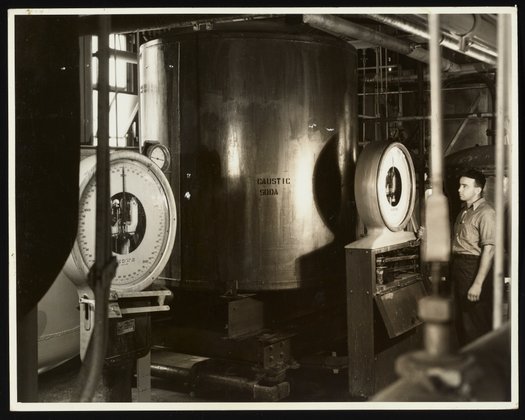 General view of weigh-tanks for caustic soda and ethyl cellulose at the Hercules Powder Company's Ethyl Cellulose plant in Hopewell, Virginia. Per notations accompanying the photograph, caustic soda and ethyl cellulose were pumped from storage into the tanks, which floated on scale-beams. The amounts of raw material required for a reaction were subsequently weighed out as they were pumped into the reaction vessel. The employee visible in the photograph is unidentified.