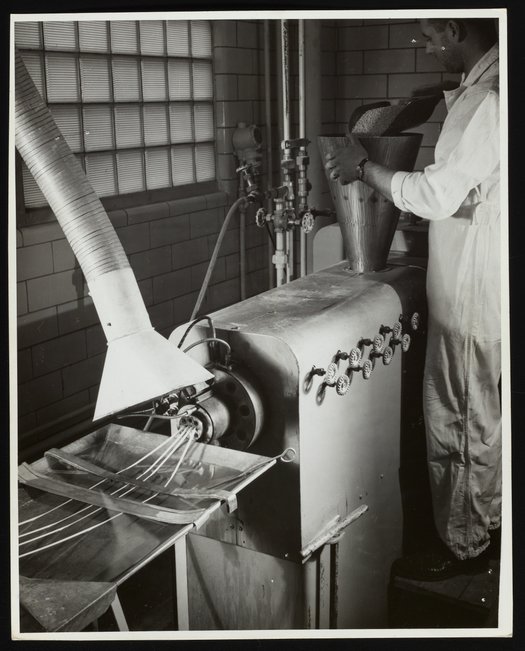 Close-up view of an extruder in use in the Plastics Laboratory at the Hercules Powder Company plant in Parlin, New Jersey. An unidentified employee is seen pouring raw material into the hopper; the material is subsequently extruded in strands, as visible on the left-hand side of the photograph. Extruders were commonly used to process and shape a variety of raw materials produced at the plant, including ethyl cellulose, nitrocellulose, and cellulose acetate.