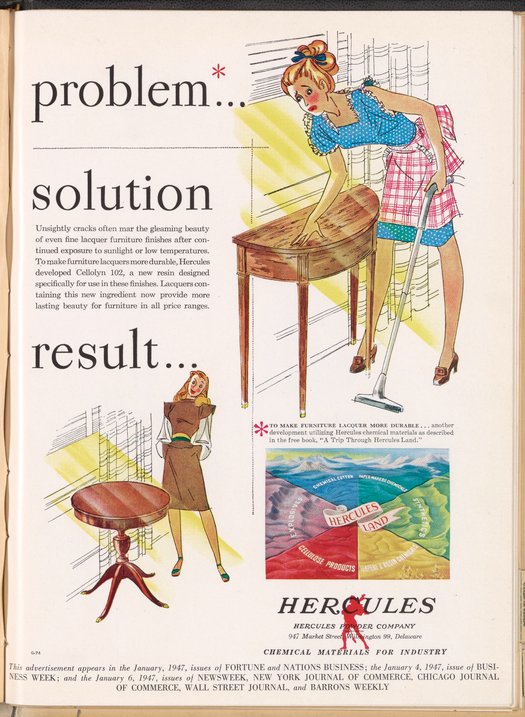 Advertisement for Cellolyn 102, the trade name for a dibasic acid-modified pentaerythritol ester of rosin manufactured and sold by the Hercules Powder Company, a lacquer used for protective furniture finishes. This advertisement appeared in the January 1947 issues of Fortune and Nations Business; the January 4, 1947 issue of Business Week; and the January 6, 1947 issues of Newsweek, the New York Journal of Commerce, the Chicago Journal of Commerce, the Wall Street Journal, and Barrons Weekly.