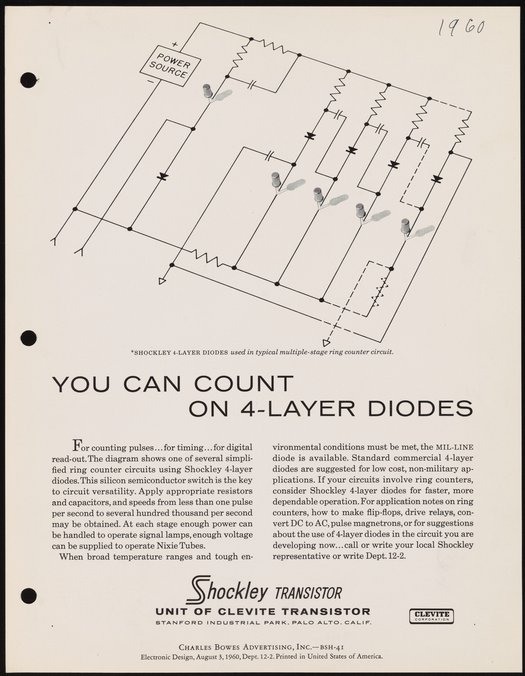 Advertisement for the Shockley 4-layer diode, including a diagram.

You can count on 4-layer diodes