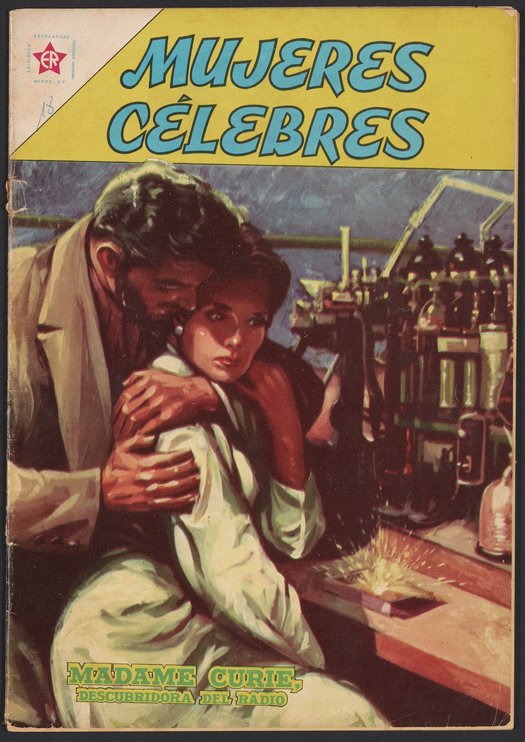 The colorful letterpress halftone illustrations of this comic book tell a biographical account of the life and accomplishments of Marie Curie (1867-1934), the French physicist and chemist who pioneered radioactivity research and who discovered the elements polonium and radium. Curie was the first woman to win a Nobel Prize, the only woman to win two Nobel Prizes, and the only person to win the Nobel Prize in two separate fields. The comic begins with Curie's life as a young child in France and concludes with her death due to radiation exposure.

Mujeres Célebres (Famous Women) was a run of Mexican comic books published between 1961 and 1973, consisting of 160, 36-page comics. The collection includes comic-format adaptations of famous women's biographies. The comics were written and illustrated by indigenous Mexican authors and published by Editorial Novaro, headquartered in Mexico City. The now-defunct publishing house specialized in magazines (both printed and digital), pocketbook collections, recognized works of literature (especially for a youthful audience), and comic books including Spanish translations of many 1950s American comics.

Included in the digitization below are the comic's covers, introduction, and select illustrations. 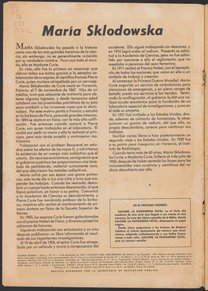 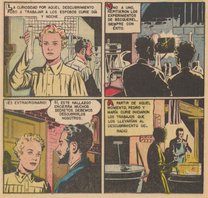 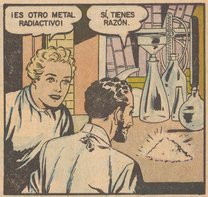 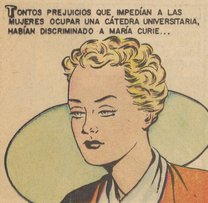 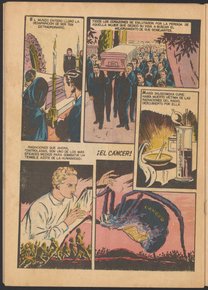