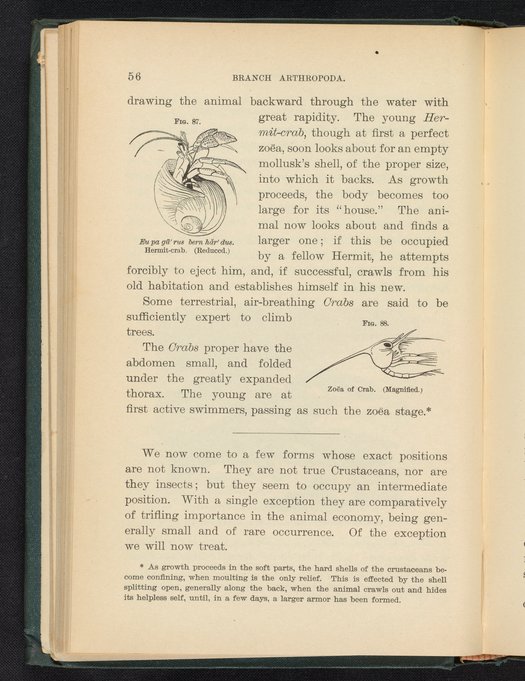 Figures 87 and 88 of the 1887 volume Popular Zoology. Figure 87 depicts a hermit-crab. Figure 88 depicts the zoea, i.e. larval stage, in the development of a crab.