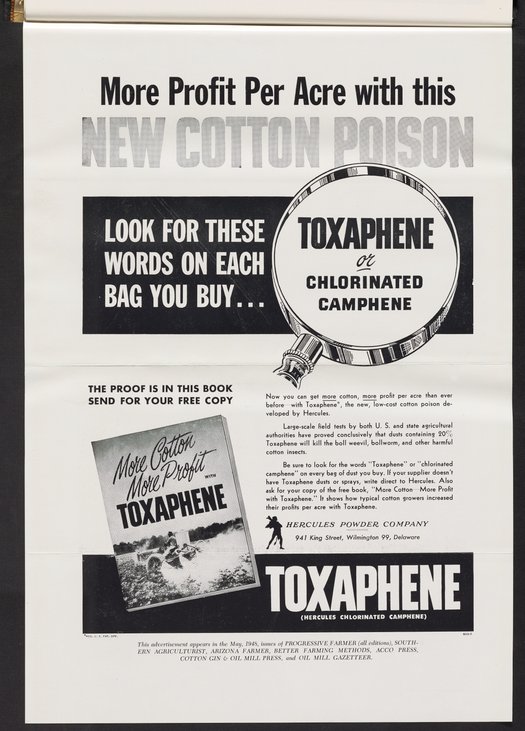 Advertisement for Toxaphene, a toxicant manufactured and sold by the Hercules Powder Company for use in pesticides and insecticides. This advertisement appeared in the May 1948 issues of Progressive Farmer, Southern Agriculturalist, and Better Farming Methods, among other publications.

More Profit Per Acre with this New Cotton Poison