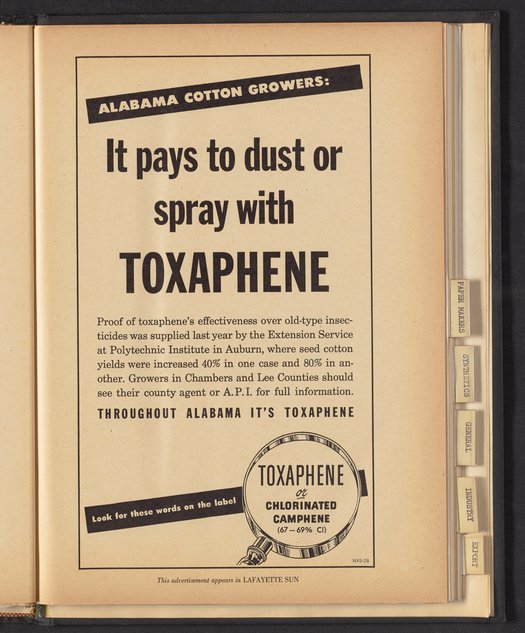 Advertisement for Toxaphene, a toxicant manufactured and sold by the Hercules Powder Company for use in pesticides and insecticides. This advertisement appeared in Lafayette Sun.

Alabama Cotton Growers: It Pays to Dust or Spray with Toxaphene