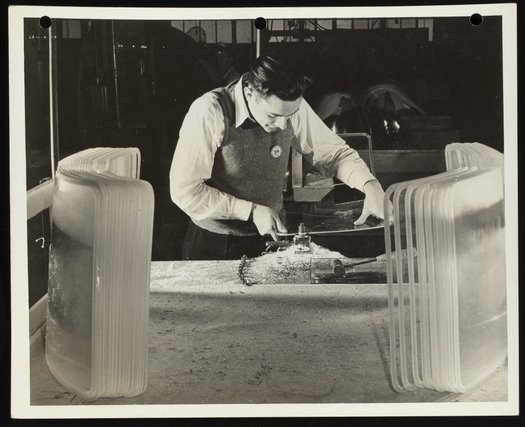 General view of an unidentified employee using a router to smooth the edge of a curved Plexiglas panel designed for use as an aircraft windshield. Per notations accompanying the photograph, the edges of the panels are routed so they fit flush with the outer seams of the aircraft, thereby reducing wind resistance and drag. This photograph was likely taken at the Rohm and Haas Company plant located in Bristol, Pennsylvania.