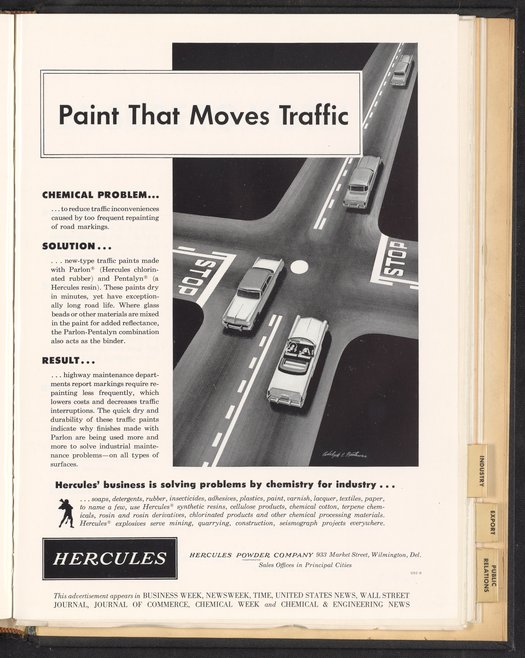 Print advertisement for Parlon (Hercules chlorinated rubber) and Pentalyn, a resin product, both manufactured and sold by Hercules Powder Company for use in traffic paints. The advertisement features an illustration of cars driving on a freshly painted street. The accompanying text promotes the "quick dry and durability" of traffic paints made with Parlon and Pentalyn. This advertisement appeared in Business Week, Newsweek, Time, United States News, Wall Street Journal, Journal of Commerce, Chemical Week and Chemical & Engineering News.