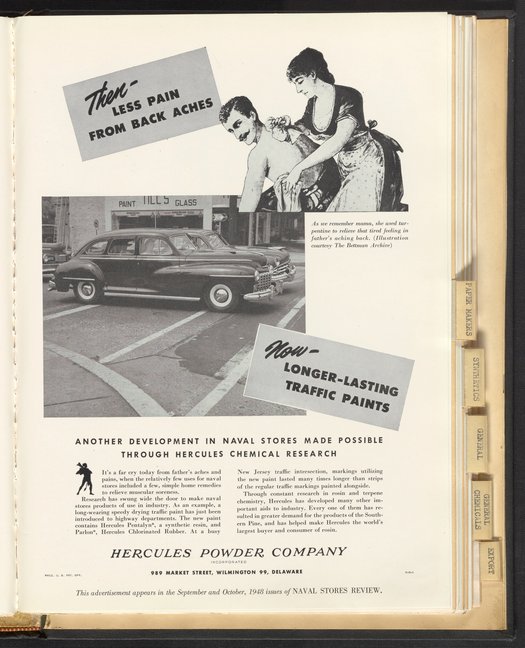 Advertisement for resins and chlorinated rubber manufactured and sold by the Hercules Powder Company for use in industrial paint. The advertisement details the varied uses of naval stores past and present, highlighting Hercules' discovery and development of new products and uses. This advertisement appeared in the September and October 1948 issues of Naval Stores Review.

Then, Less Pain from Back Aches...Now, Longer-Lasting Traffic Paints