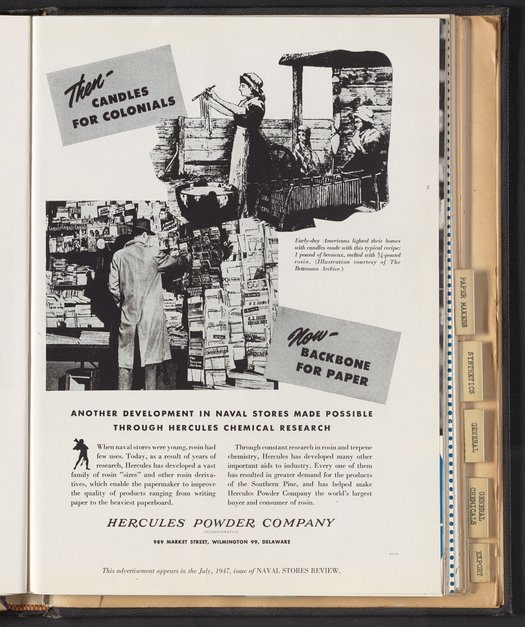 Advertisement for rosins manufactured and sold by the Hercules Powder Company for use in the manufacture of paper products. The advertisement details the varied uses of naval stores past and present, highlighting Hercules' discovery and development of new products and uses. This advertisement appeared in the July 1947 issue of Naval Stores Review.

Then, Candles for Colonials...Now, Backbone for Paper