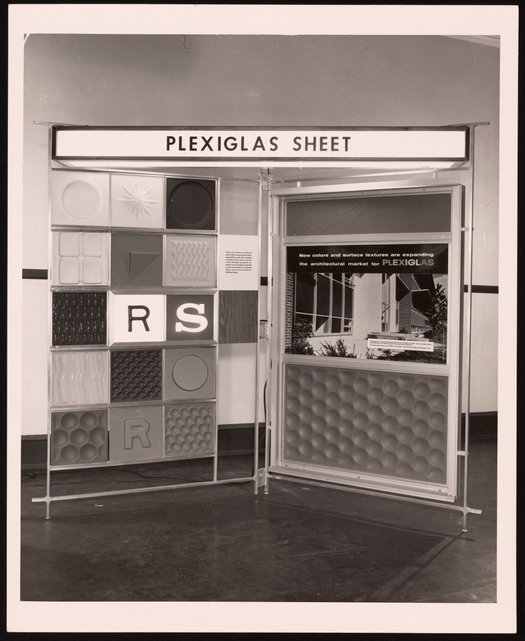 General view of an exhibit panel on Plexiglas exhibited at the 1962 Rohm and Haas Company stockholders' meeting. The panel features samples of new colors and surface textures, as well as a photograph of the new Rohm and Haas research building located in Bristol, Pennsylvania.