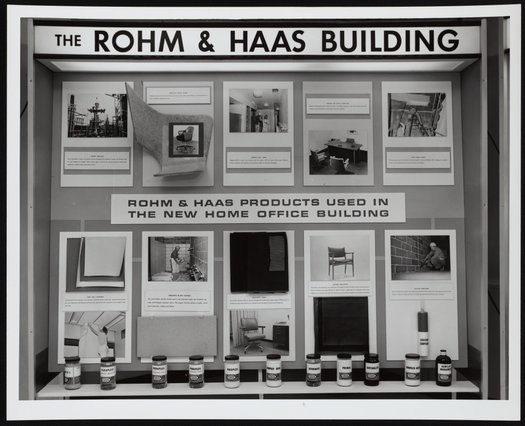 General view of an exhibit panel detailing the use of various Rohm and Haas Company products, including Paraplex and Rhoplex, in the new home office building located at Independence Mall West in Philadelphia.