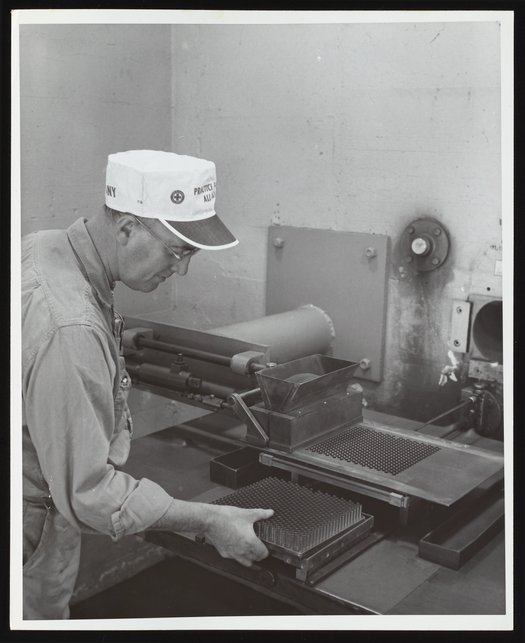 General view of an unidentified employee setting a tray of shells into an apparatus used during the production of blasting caps at Hercules Powder Company plant in Port Ewen, New York. The apparatus is likely a press machine used to fill electric blasting caps with an explosive charge.