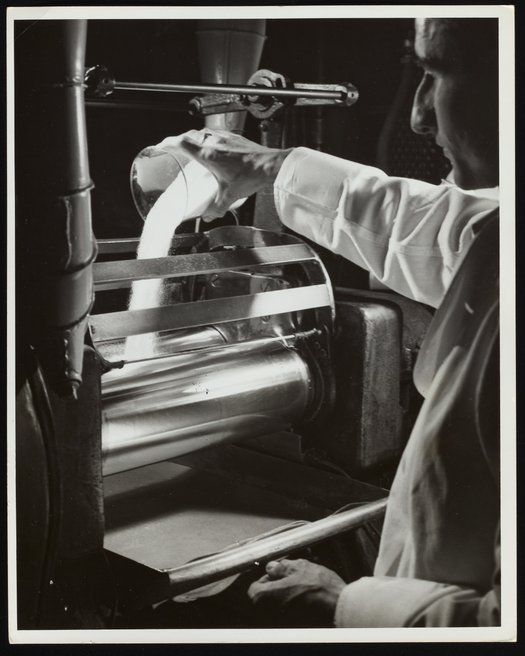 Close-up view of operator L.F. Strugala using a two-roll mill in the Plastics Laboratory at the Hercules Powder Company plant in Parlin, New Jersey. Per notations accompanying the photograph, the two-roll mill was used to blend flakes of nitrocellulose, cellulose acetate, and other materials with unspecified plasticizers to produce experimental batches of molding powders used at the plant for testing purposes, as well as small batches of plastics used for color matching. The Parlin plant commonly produced ethyl cellulose, nitrocellulose, and cellulose acetate, which were purchased by a variety of public and private industries as a raw material for use in plastics, films, lacquers, and other materials.