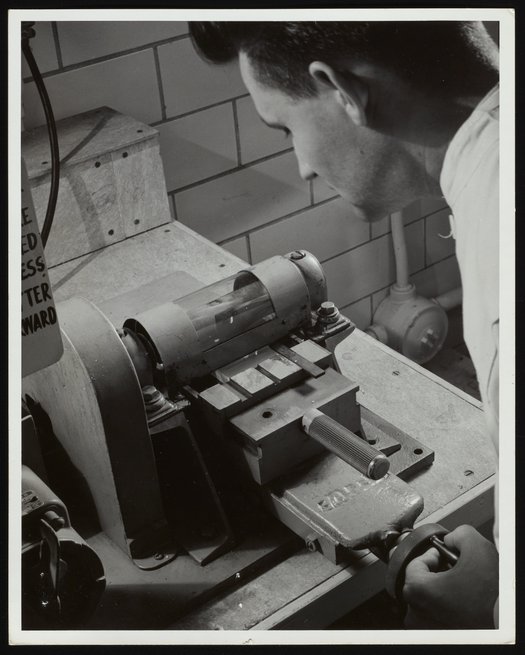 Close-up view of J.P. Drew operating a milling cutter used in the Plastics Laboratory at the Hercules Powder Company plant in Parlin, New Jersey. Per notations accompanying the photograph, the cutter was used to cut notches of uniform depth and cross-section into test specimens used to test the impact resistance of plastics made from the raw materials manufactured at the plant. The Parlin plant commonly produced ethyl cellulose, nitrocellulose, and cellulose acetate, which were purchased by a variety of public and private industries as a raw material for use in plastics, films, lacquers, and other materials.