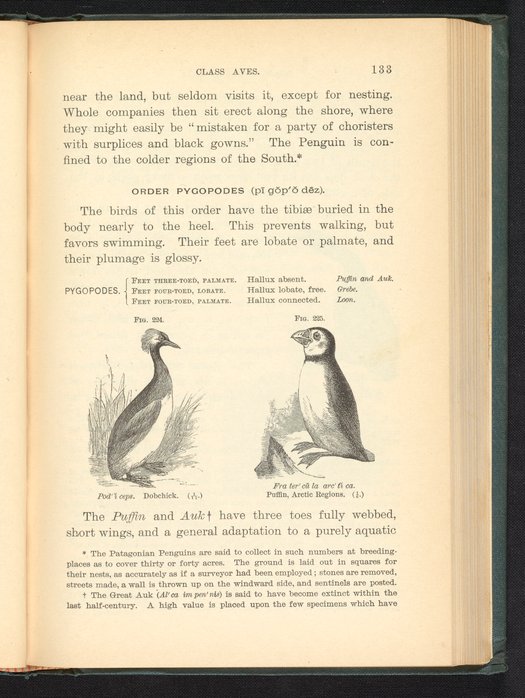 Figures 224 and 225 of the 1887 volume Popular Zoology. Figure 224 depicts a dobchick, or dabchick. Figure 225 depicts a puffin from the arctic region.