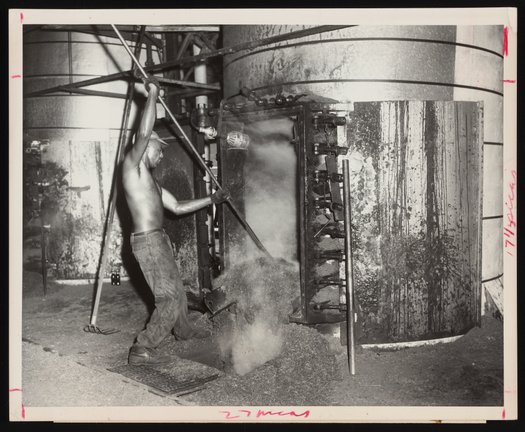 General view of employee Edward Newmans clearing spent wood chips from an extractor tank at the Hercules Powder Company plant in Brunswick, Georgia. One of two Hercules plants specializing in naval stores, the Brunswick plant extracted rosin, turpentine, and pine oil from pine tree stumps in order to produce a range of chemicals used in the manufacture of varnishes, paints, adhesives, insecticides, textiles, and other industrial products. Per notations accompanying the photograph, steam and solvent were used to extract resin from the chips, which in turn were burned to heat the power plant boilers following extraction.