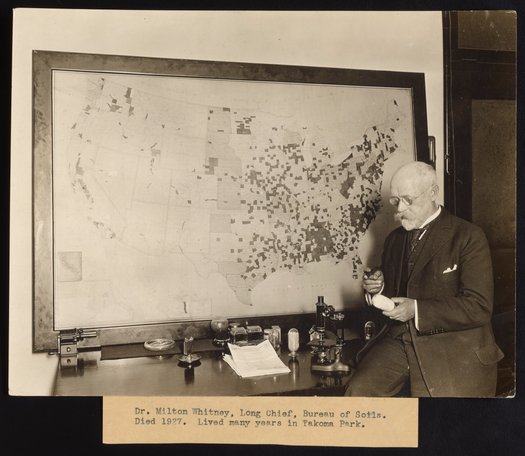 Photograph of Milton Whitney (1860-1927), Chief of the Bureau of Soils, posed with a map of the United States and assorted scientific apparatus. Whitney served as the first Chief of the Division of Agricultural Soil, originally a division of the U.S. Department of Agriculture's Weather Bureau, and oversaw geography and chemistry-based surveys designed to understand, manage, conserve and sustain the nation's soil resources.