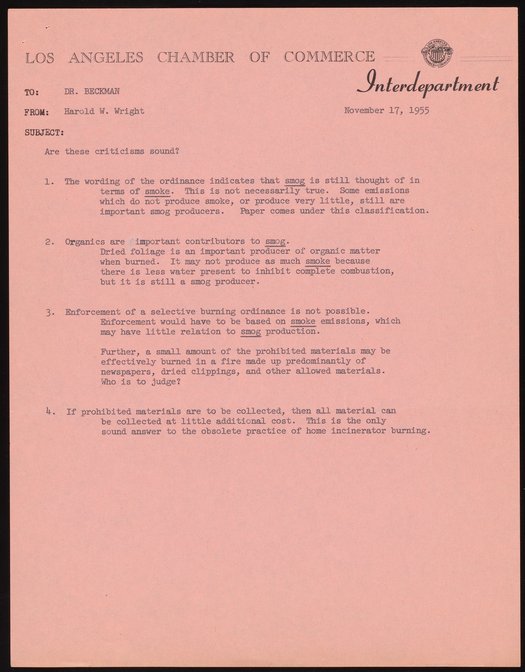 Memo regarding criticisms of Regulation VII, an ordinance proposed by the Los Angeles Chamber of Commerce's Air Pollution Committee to control Los Angeles smog. Among the criticisms: the difference between smoke and smog, the difficulty of enforcing burning regulations, and the cost of collecting prohibited burning materials.