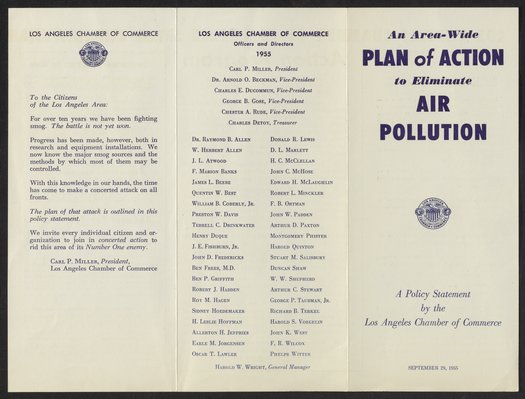 This trifold brochure lays out the scientific findings about the problem of smog in Los Angeles, as well as a plan for action, progress to date, and a request for cooperation. 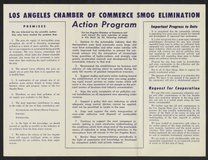 An Area-Wide Plan of Action to Eliminate Air Pollution