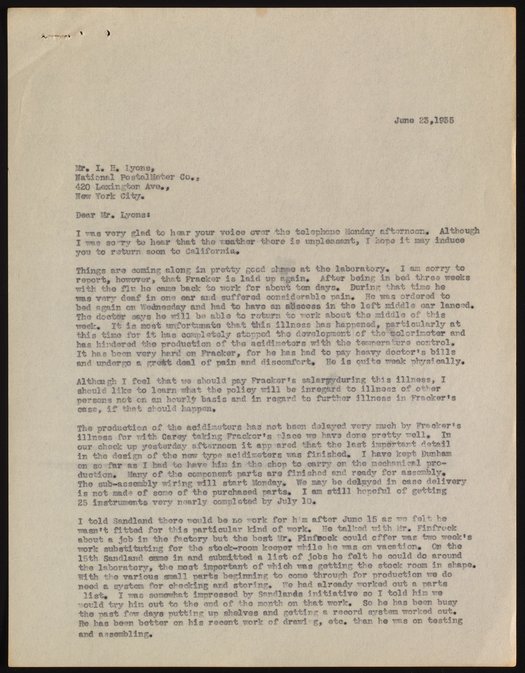 In this letter, Beckman discusses acidimeter production, personnel issues, patent applications, and the naming of the instrument. 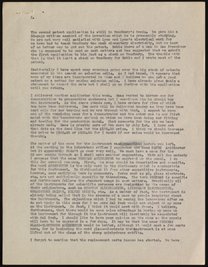 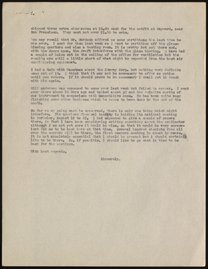