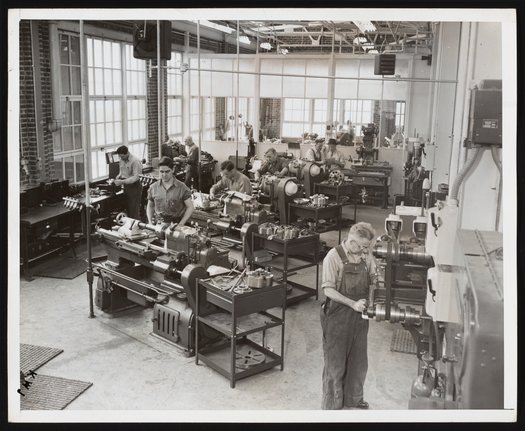 General view of the machine shop at the Hercules Powder Company plant in Port Ewen, New York, showing employees at work on a variety of machines, including planers, milling machines, and lathes. Formed in 1912 as part of an anti-trust settlement with DuPont, the Hercules Powder Company (later Hercules Inc.) specialized in the manufacture of explosives and smokeless powders. During World War II, the company's Port Ewen plant produced a range of special detonators designed for military use.